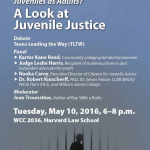 Should We Ever Sentence Juveniles As Adults?: A Look At Juvenile Justice

On Tuesday May 10th, 2016, the Charles Hamilton Houston Institute for Race & Justice will be hosting a panel discussion on juvenile justice. Details below:

Free and open to the public. Please RSVP at charleshamiltonhouston.org. 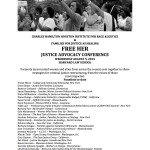 On Wednesday August 5th, 2015, the Charles Hamilton Houston Institute for Race & Justice and Families for Justice as Healing will be sponsoring the FREE HER Justice Advocacy Conference at Harvard Law School. The conference will join together formerly incarcerated women and allies from across the country to share strategies for criminal justice restructuring, from the voices of those most impacted.

Panel on Justice that Transforms: Emotional, Social, and Mental Health

This summit brought together Americans from politically disparate backgrounds to discuss how to reduce America’s incarcerated population and how to fix America’s broken criminal justice system. This panel, among many at the conference, was on emotional, social, and mental health in prisons. The moderator of the panel was Kaia Stern, Director of Prison Studies Project. Panelists included Secretary John Wetzel, Secretary of Corrections, Pennsylvania; Dr. Craig Haney, Professor of Psychology, University of California Santa Cruz, Committee on Causes and Consequences of High Rates of Incarceration; Shaka Senghor, Director of Innovation, #cut50 and MIT Media Labs Fellow; Craig DeRoche, Executive Director, Justice Fellowship; Asha Bandele, Director of Advocacy Grants at Drug Policy Alliance. Watch a video of the panel here. 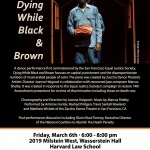 Dying While Back and Brown

A dance performance first commissioned by the San Francisco Equal Justice Society, Dying While Black and Brown focuses on capital punishment and the disproportionate numbers of incarcerated people of color. The piece was created by Zaccho Dance Theatre’s Artistic Director Joanna Haigood in collaboration with renowned jazz composer Marcus Shelby. It was created in response to the Equal Justice Society’s campaign to restore 14th Amendment protections for victims of discrimination including those on death row. Choreography and Direction by Joanna Haigood; Music by Marcus Shelby; Performed by Antoine Hunter, Rashad Pridgen, Travis Santell Rowland and Matthew Wickett of the Zaccho Dance Theatre in San Francisco, CA. Post-performance discussion included Diann Rust-Tierney, Executive Director of the National Coalition to Abolish the Death Penalty 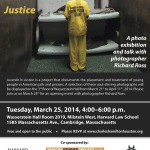 Juvenile in Justice: A photo exhibit and talk with photographer Richard Ross

Juvenile in Justice is a project that documents the placement and treatment of young people in American jails and prisons. A selection of those soul-stirring photographers were displayed in Harvard Law School from March-April, 2014. 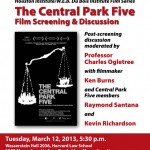 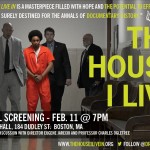 The House I Live In: Film Screening and Discussion

The special screening of The House I Live In, a documentary on the Drug War, was followed by a discussion with Director Eugene Jarecki and Professor Charles Ogletree. 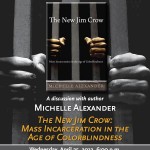 The New Jim Crow: A Discussion with Author, Michelle Alexander

This event, hosted by the Charles Hamilton Houston Institute for Race and Justice, featured Michelle Alexander, author of The New Jim Crow: Mass Incarceration in the Age of Colorblindness. 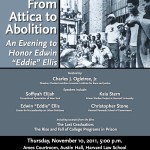 From Attica to Abolition: An Evening to Honor Edwin “Eddie” Ellis

Locked Up, Locked Out

In this recent article, Western poses the question: “Do prisons make us safer?”  He discusses three fundamental effects of mass incarceration: the poor employment prospects of formerly incarcerated people, the negative social, financial, and behavioral outcomes among children of incarcerated parents, and the reduction of the penal system’s capacity to control crime due to the pervasiveness of incarceration in under-resourced communities. 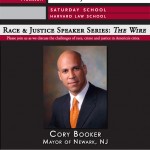 Discussion on the challenges of race, crime, and justice in America’s urban cities, hosted by the Charles Hamilton Houston Institute for Race & Justice. Featured speaker was Cory Booker, Mayor of Newark, New Jersey. 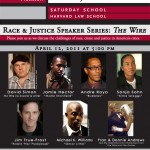 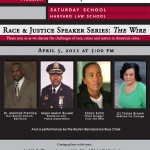 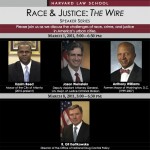 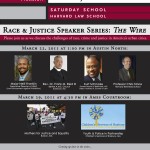 Incarceration rates in the U.S. have skyrocketed since the 1980s. Western examines our nation’s drug policies and the effects of the drug war on young men with little schooling, as well as the impact on their families and communities. He urges us to look beyond America’s alleged drug problem to the real challenge of our nation —  poverty. 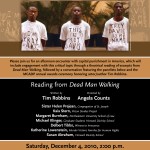 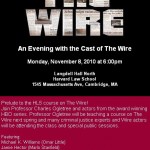 The Wire: An Evening with the Cast of the Wire 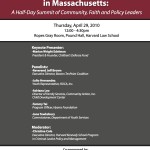 Coming Together to Dismantle the Cradle to Prison Pipeline in Massachusetts:
A Half-Day Summit of Community, Faith, and Policy Leaders 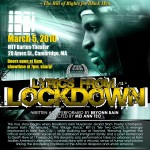 A poetry performance written and performed by Byronn Bain, directed by Mei Ann Teo and produced by Shilo Kuriakose, which was presented by Harvard Black Law Students Association, MassIMPACT, and MIT. This true story begins when Brooklyn’s own Nuyorican Grand Slam Poetry Champion Byronn Bain is wrongly imprisoned in New York City–while studying law at Harvard. Weaving together the critical and comedic voices of his Caribbean immigrant family and a poet sentenced to death row at 17 years old, this dynamic solo performance takes no prisoners as Bain tackles America’s unresolved contradictions with a virtuosic sense of humor and lyricism linking the storytelling traditions of the African Diaspora and urban America. 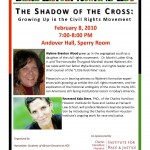 The Shadow of the Cross: Growing Up in the Civil Rights Movement

Organized by Harambee: Students of African Descent at Harvard Divinity School (HDS) and sponsored by HDS Diversity Fund and the Charles Hamilton Houston Institute for Race & Justice at Harvard Law School, this event featured Wylene Branton Wood. Wylene spoke about her formative experiences growing up amidst the civil rights movement as the daughter of Wylie Branton, civil rights leader and chief counsel of the “Little Rock Nine” case. She discussed the historical ambiguity of the cross for many African Americans still facing institutional racism in today’s America.

The Charles Hamilton Houston Institute partnered with the Guiding Lights Network to co-produce the “Guiding Lights Weekend: Closing the Opportunity Gap.” This conference brought together a wide range of participants, including educators, researchers, advocates, practitioners, parents, and students. This interactive conference aimed to: Generate new collaborations, promote imaginative solutions, and create the collective will for change; Support professionals and volunteers who are working on opportunity issues; Present useful research that may not be very well known to the attention of educators, practitioners, policymakers, parents and others in useful and accessible formats; Identify and highlight successful programs that are currently being implemented in Seattle, Puget Sound, and Washington State addressing the opportunity gap; Connect these efforts and individuals to others working across the country;Consider solutions in policy, practice, and litigation arenas; at the school, district, region, state and federal levels. 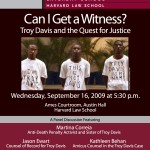 Can I Get a Witness? Troy Davis and the Quest for Justice

Western reviews the crisis of mass incarceration in America, and particularly, what this means for the 730,000 people who are released from prison each year. He argues that intervention among formerly incarcerated people should be immediate, comprehensive, and provide transitional employment. Western writes that we can shift away from mass incarceration in two ways: by expanding support for the reentry of people from prisons into society, and by scaling down the size of the prison population. Furthermore, in order to truly address mass imprisonment in the U.S., this challenge needs to become a permanent fixture in both public conversation and the policy arena.

Testimony Before the Joint Economic Committee

Bruce Western presents to the Joint Economic Committee of Congress on trends in mass incarceration, the invisible disadvantage that the imprisonment system creates, and the labor market after prison.  He puts forth three policy recommendations to Congress: 1) to re-examine the collateral consequences associated with a criminal record, such as restrictions on benefits and welfare, 2) to support prisoner re-entry programs that provide comprehensive services, particularly transitional employment, and 3) to establish criminal justice social-impact panels in local jurisdictions that evaluate the socio-economic disparities linked to incarceration.